You are here:
General News 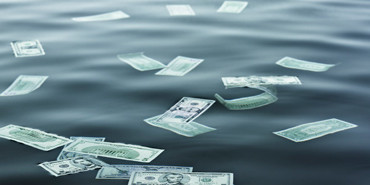 Finance executives say the onset of the financial crisis over the past five years has seen a rise in “earnings uncertainty” for their businesses, which is likely to continue for at least the next three years.

That’s the message from the Oliver Wyman “2013 Risk Management Survey”, which asked CFOs, corporate treasurers and other senior finance executives how their organisations are addressing risks.

More than half of respondents reported that their organisations are exposed to more earnings uncertainty today than five years ago (58 per cent).

Furthermore, more than half expect the forecasting of critical variables to become even more difficult in the next three years.

Among these critical variables, the largest share of survey respondents (30 per cent) cited macro-economic factors – such as GDP growth – as the most influential issues driving earnings uncertainty, followed by financial factors, external conditions and commodities.

Respondents from publicly traded companies cited commodities as the most influential factor. Those from privately held companies tended to cite financial factors and business operations.

The survey also revealed that more than half of finance professionals report that it is more difficult to forecast risk today than it was five years ago.

Furthermore, the risks that are hardest to forecast are having the greatest impact on earnings and will continue to influence financial results in the future, finance executives said.

Amortization Calculator
PFM Blog
What We Do